Mark AC Brown‘s debut feature Guardians brings together two very different men who are required to work alongside each other as caretakers (or ‘guardians’).

At face value, the 200-year old townhouse might not seem all that strange, but there’s plenty of drama in store for the two men who soon realise they’re way out of their depths. Because apparently the house is ‘cursed’.

From uninvited guests to ghostly presences, to gangsters and politicians, Carlson and Lavender attempt to keep everything under control. But that’s far easier said than done, of course. Beyond this, they’re both dealing with their own personal problems.

Carlson has just broken up with his long-term girlfriend, and took the job as a way to give him some space and something to occupy him. Lavender, however, is a chronic liar and proves to be a nightmare to live with. So much for ‘space’.

Guardians relies heavily on the strength of its two characters, and thankfully it delivers. The dynamic between Prendergast and Whitney is genuinely funny, and this unlikely double act guides us through the film.

These two characters really made the film for me, and I was very impressed by the strength of both performances. Because they spent a lot of time stuck together, their dynamic really had to work in order to be entertaining.

If you’re a fan of dark comedies, you’re definitely going to love Guardians. It’s not afraid to push the boundaries when it needs to, and its London centric humour is very reminiscent of Guy Ritchie’s work.

The humour won’t be for everyone, but it certainly worked for me and I commend the strength of the script. Considering this was Brown’s first feature length script, he’s proven he knows what he’s doing.

It’s quite a chaotic film, but it’s a great choice for those who prefer more offbeat comedies, and ones that aren’t afraid to shock the audience when it’s needed. You’ll see what I mean. 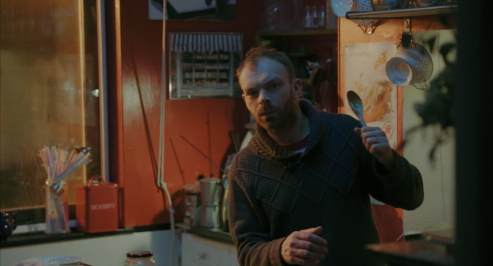 Guardians is also a very gritty film, with incredibly raw visuals to make the project feel more real and believable. Despite being made on a low budget, the film feels very well put together and its visual style reflects the overall tone.

For a first project, I was very impressed and look forward to keeping up with Mark AC Brown and Braine Hownd films.

Guardians is available to buy or rent on Sky Store now.